Conservation International and TikTok: save the world with a social network

Social networks are becoming a platform for promoting ideas. This is especially popular among the defenders of the planet. A similar collaboration has appeared in TikTok.

Who agrees with whom

Conservation International entered into an agreement with a social network to alert citizens about the protection of the oceans, seas, and the aquatic environment as a whole. To do this, even launched the #SaveOurOceans challenge. The action is aimed at informing users, reporting on the importance of water resources for the planet. At the same time, fundraising is taking place.

Conservation International is an international conservation society. The nonprofit organization is headquartered in Washington. At the same time, it is developing activities all over the planet.

The campaign was first founded by Spencer Bib in 1987 to protect endangered species of fauna. Today, 900 employees are active in 45 countries. Particular attention is paid to the states of Africa, Asia, South and Central America. Separately created research staff, protect Oceania. Water is the main direction.

“The organization’s work is aimed at exploring unexplored parts of the planet, protecting the environment,” said Russell A. Mittermeyer. – In just one year, more than 20 species of animals were discovered in Indonesia. Protect the ocean from garbage emissions. Prevent Rare Animals Hunting ”.

Conservation International attracts volunteers who want to save the planet. The location of a person does not make a difference. The main thing is dedication, a new look at protecting nature, ideas.

For a year, volunteers spend 135-140 million dollars on a mission.

Money for charity is donated not only by the rich. Corporations spend billions, ordinary citizens give small amounts.

In 2019, the leadership of the organization decided to turn to the protection of the planet the developers of social networks. The directors of TikTok were the first to agree.

So, from August 26 to September 9, the social network launched the #SaveOurOceans challenge flash mob, which accompanies thematic special effects for the video.

The essence of cooperation was that:

For the indicated time it was possible to “collect” one hundred thousand dollars. The money was used to clean three thousand square kilometers of oceans.

The action was picked up by well-known bloggers, actors, musicians, ordinary users. Even after September 9th, the challenge continued.

“We see how important it is to save the Earth from humanity itself. Therefore, the #SaveOurOceans challenge flash mob will continue to be held at regular intervals. People not only collect money, but learn a lot of new things, ”the developers of the social network announced. 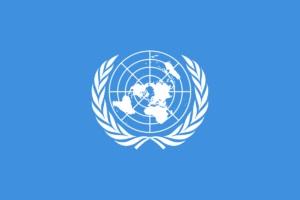 A recent study by the United Nations (UN) found that plastic kills annually:

“By 2050, the plastic contained in the oceans, seas, will exceed the weight of all fish combined. By 2100, it will turn into a floating continent the size of North America. ”.

Activists, volunteers, “green” organizations urge people to be more attentive to the problem. This is especially true for residents of coastal countries to the seas, oceans. The action was even supported by the Stunna Girl Runway.

“Tiktok is a cross-media platform with a focus on art, fashion. It’s not so important to raise money, how to inform followers, send users to good deeds ”.

Why do we need oceans

Water salty resources are not just beautiful. This is not only a place for relaxation, swimming, surfing, diving. The benefits of the oceans are invaluable. So:

Everyone can draw attention to the problem. In a social network, this is done as follows:

“The main weapon is information. 75% of the population does not even know how long plastic decays. And this is more than 300 years for a small bottle of water. Do not be afraid to share information, talk about the important, publish useful articles on your pages. Start sorting trash, collaborate with recycling plants, use less plastic. ”.

Conservation International and UN – United Nations urge to start with your family. Namely:

The main thing is desire and at least five minutes of time daily.

TikTok today launches the #SaveOurOceans challenge. The times of the action are reported on the platform manufacturers website.

In order for the social network to work without failures, do not forget to update the program codes. Installation is carried out from the Play Market, App Store. Download is free, with a stable Internet connection lasts a minute. Authorization of registered users is automatic.

A special way to search for videos. Tick ​​Tok surprised by functionality
Ways to make money at TikTok
How to choose a beautiful font for creating text in TikTok
What to do if a hacked account in TikTok
TikTok on guard of health: fight against COVID-19
Add a comment
Нажмите, чтобы отменить ответ.
Comments
Categories
Related Posts
Caricature "Chav" is back on TikTok
All Ways to Find People on TikTok on Phone and PC
Ways to log in to the TikTok app
Video in TikTok - instructions and tips for shooting a clip
How to slow down a video in TikTok
This website uses cookies to improve your experience. We'll assume you're ok with this, but you can opt-out if you wish. Cookie settingsACCEPT
Privacy & Cookies Policy